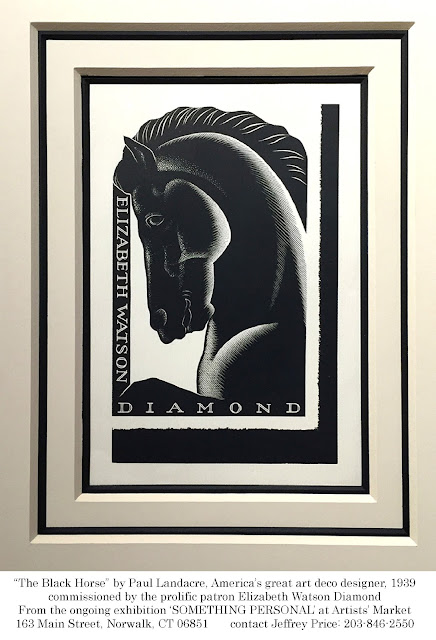 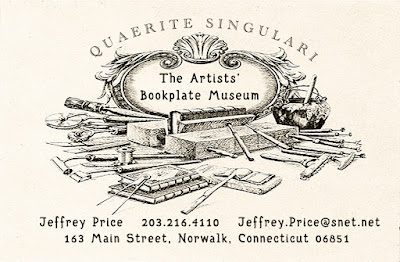 For over 100 years almost everyone who loved books had their own personal prints created to identify their library and exchange with their literate friends.
These “Personal Prints” represent unique collaborations between artists and their patrons or collectors. Albert Einstein had a small print designed to identify books from his library and also as a personal artwork to be presented to his colleagues and friends.
J. F. K. and Jackie Kennedy had their personal prints designed by Tiffany, while artists ranging from M. C. Escher to Maxfield Parrish created intimate artworks that reflected the artists’ styles as well as the interests and personality of their patrons.
This exhibition is one of the first opportunities to see prints such as these in a gallery setting, beautifully framed and available for ownership by a new generation of collectors.

The exhibition will be free and ongoing during Artists’ Market hours of  Monday – Saturday 9am – 5pm, with special late hours on Thursday when the gallery is open until 8pm. Parking is free. For more information contact Jeffrey Price at 203-846-2550 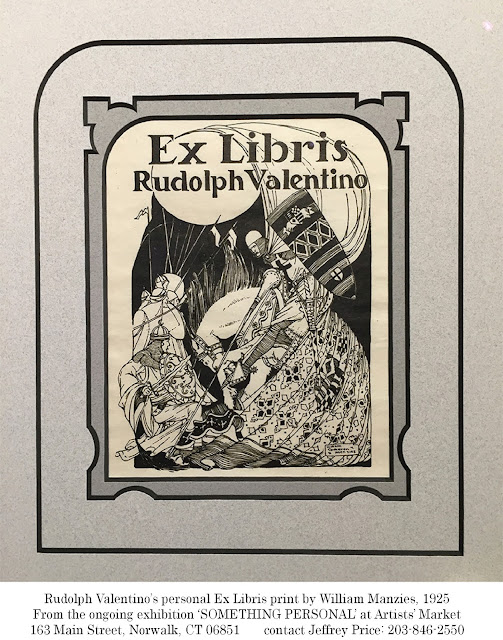 The Bookplates of Richard Wagener

I attended several book shows in New York City recently  and was pleased to meet with Richard and Cathy Wagener .For those of you unfamiliar with Richard Wagener here is some biographical information taken directly from his website. 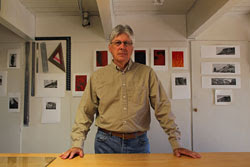 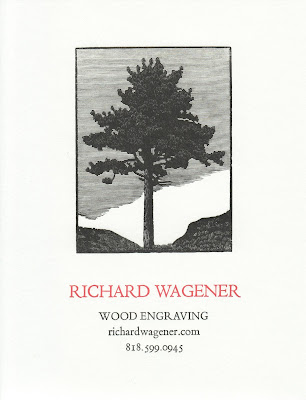 with his grandfather in remote parts of the desert and up in the Sierra.

After school activities included selling the evening newspapers at the

Disney studios where he met many of the illustrators and animators.

Richard has an undergraduate degree from the University of San Diego

and a graduate degree from Art Center College of Design. He has been

of fine press editions, most notably with Peter Koch in Berkeley and the

Book Club of California. In 2006 Richard established his own imprint

Mixolydian Editions to publish his own fine press editions of his work. He

has collaborated with David Pascoe of Nawakum Press, Santa

Rosa, California on two fine press books, one of which earned them the

2016 Carl Hertzog Award for Excellence in Book Design. Richard was

also awarded the Oscar Lewis Award for contributions to the book arts.

He currently lives and works in northern California. 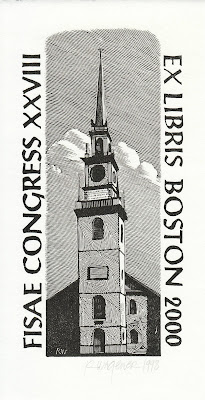 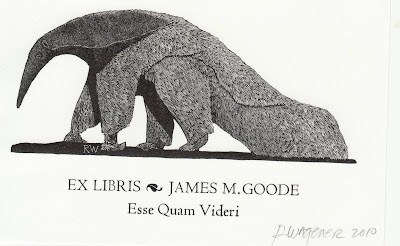 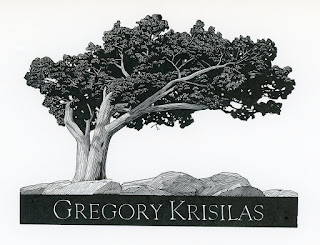 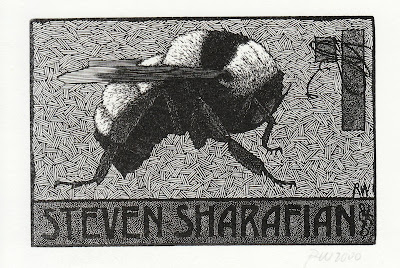 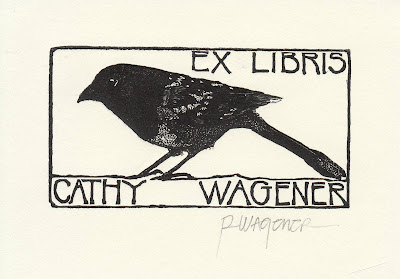 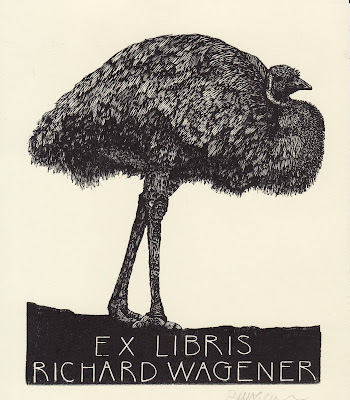 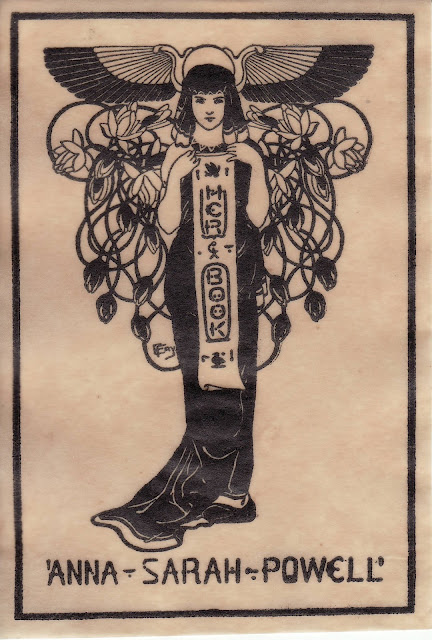 Every so often I go to a  dumpy bookstore in Philadelphia where I have only found two excellent bookplates in twenty years. A third one was found last week.
I know nothing about the owner of the plate nor the artist.
Here is an enlargement of his (her) cypher. At first I thought it said E Fry but on closer examination I now believe it is E Fay.
Does any one out there have any information about the owner or the artist ?
Bookplatemaven@hotmail.com 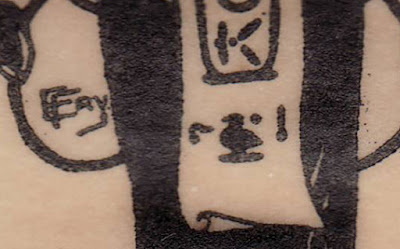 I remember exactly when I purchased this bookplate. It was in 2000 at the Boston Book Congress.I've written about it in the past because it made no sense to me. 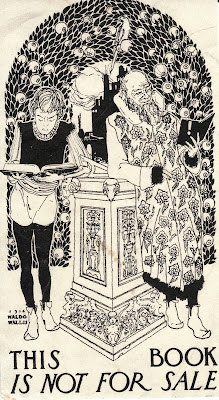 Now the mystery is solved 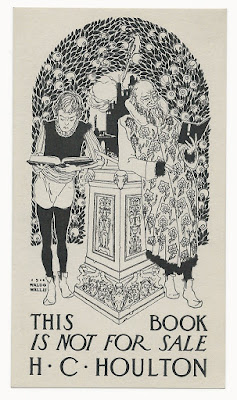 See you next Week.


Cannot find a bookplate example, or that monogram, but could this be by Clark Fay?

I rarely write about Canada so I am  pleased to talk about some Canadian related topics today.  The University Of Toronto Thomas Fisher Rare Book Library  has placed a portion of their bookplate collection on Flickr.

Here is a link:

The Fisher Library possesses an extensive bookplate collection dating from the eighteenth to the twentieth century, referencing prominent figures and institutions in Canadian history. Reaching across Canada as well as the United Kingdom, the ex-libris collection comprises a wide range of owners. Provenance for some bookplates include prime ministers, military commanders, universities, libraries, private businesses and journalistic groups. The collection also offers a wide range of styles, representing a great variety in bookplate artistry. Some of the styles consist of armorial, pictorial, printed, emblematic, and hand-written bookplates. Many ex-libris have extraordinary artwork by notable artists like J.E.H. MacDonald and Francis Adams, while others possess witty rhymes, elegant mottos and family crests.

These are just a sampling of the collection as there are more than 1,000 bookplates are available in the library’s physical collection.

Student intern Selin Kahramanoglu was responsible for preparing the finding aid for the collection and for curating the set of images on Flickr.

Fellow Bookplate collector Warren Baker has a new PDF catalog of Historical Canadian Documents, autographs and ephemera
I am unable to reproduce PDF images on this blog .
Here is Warren's contact information to obtain a copy of the catalog.

Here is a link to a Canadian bookplate blog by Andrew Godefroy which has not been updated for quite some time . 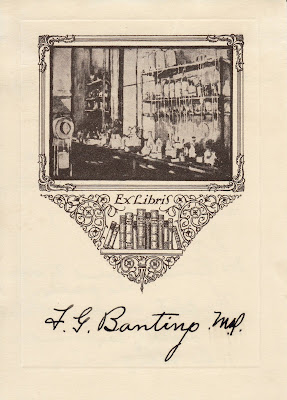 William Maxwell "Max" Aitken, 1st Baron Beaverbrook, PC, ONB, was an Anglo-Canadian business tycoon, politician, newspaper proprietor and writer who was an influential figure in British society of the first half of the 20th century 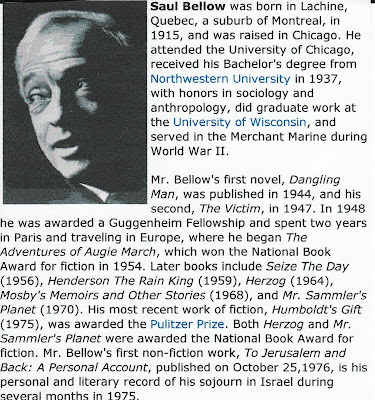 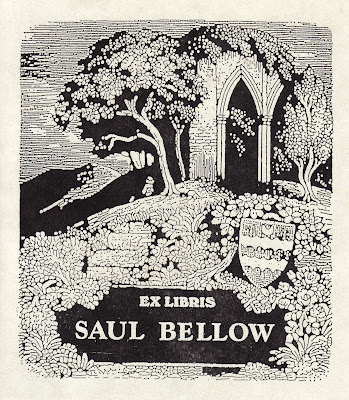 Thomas B. Costain
was a Canadian journalist who became a best-selling author of historical novels at the age of 57 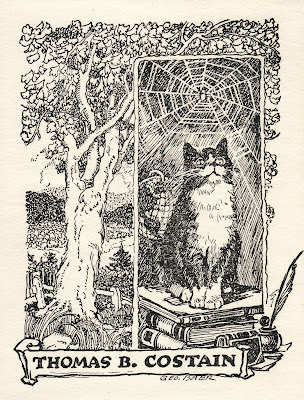 Stephen Leacock
Stephen P. H Butler Leacock, FRSC was a Canadian teacher, political scientist, writer, and humorist. Between the years 1910 and 1925, he was the most widely read English-speaking author in the world 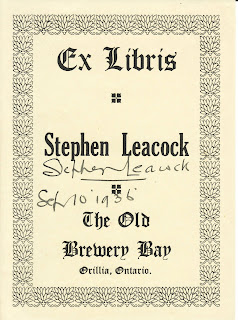 If you have any interesting Canadian bookplates in

your collection please send  a scan to me

and it will be added to this posting.

"I so rarely find good bookplates in the wild, mostly relying on dealers to expand my collection, so I was very happy to pick up this one (attached) in a book about hawks. The owner of the plate was a University (of Toronto) professor who specialized in Native American subjects. Stanley Harrod is a favorite designer of mine, though his plates are not always of the highest artistic quality." 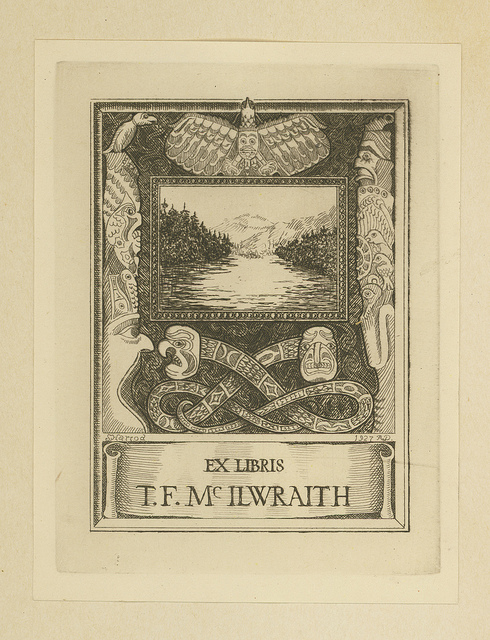 I'm always looking for Canadian plates. I have maybe 20 or 30 in my collection. This is one of my favorite though.