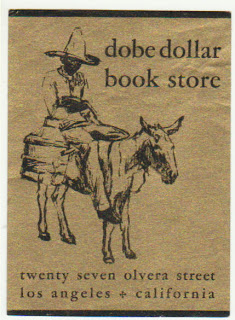 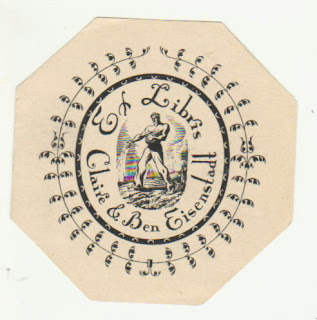 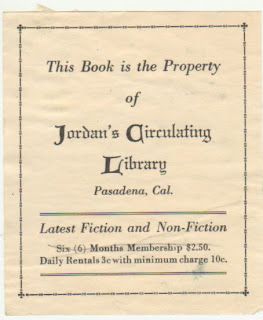 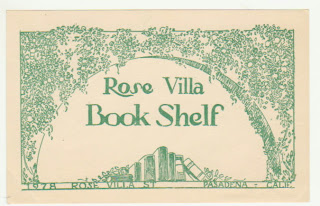 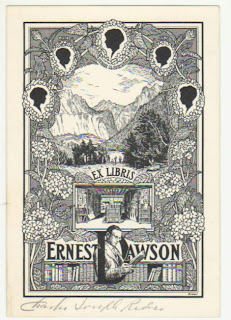 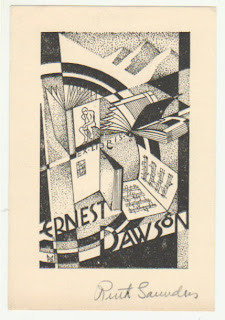 6/27/2011 Additional Information
You latest listing of subject plates is interesting. Perhaps you already know but just in case ---
The Gelber and Lilienthal plate is from San Francisco and dates to the period between the Wars. Their house publications were issued under the Lantern Press name and their books were printed by Robert and Ed Grabhorn, who published from the 20's to the 70's under the Grabhorn imprint.
Ernest Dawson was the long time premiere bookseller in Los Angeles - the shop being continued by one of his sons, Muir, who, I presume is one of the five silhouettes. Ernest published books by Ward Ritchie and Lawrence Clark Powell - printer and librarian respectively. He authored a short piece, "A Visit with Dr. R", referring to Dr. A.S.W. Rosenbach, the Dean of American high end booksellers in the early 20th century.
Cordially, Lee Harrer
midbooks@tampabay.rr.com 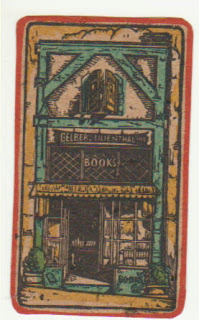 
http://www.booksellerlabels.com/Home_Page.php
Posted by Lew Jaffe at 12:34 PM No comments:

CLICK ON IMAGES TO ENLARGE
I look forward to receiving a weekly email from http://www.booksalefinder.com/  This was how I found this bookplate for R. H. Perdue designed by H.B.Quinan in 1897 .If you click onto the link you may be able to find a book sale where you live.
Would you believe I had every intention of writing about circulating libraries in California this morning until I started looking at this group of labels from England. I haven't looked at them for quite some time and found the fine print entertaining. Mr Croydon for example sold books and made umbrellas while Mr. Baker among other things sold genuine medicines. These trade labels are not easy to find but one thing  I always ask booksellers is if they have a box of detached boards.That grimy box stored in the basement sometimes turns into an unexpected treasure trove.If you hit pay dirt in following my suggestion send me a note about what you found.   Bookplatemaven@hotmail.com

Next week if all goes according to schedule I will write about circulating libraries in the U.S.
Posted by Lew Jaffe at 10:53 AM No comments: 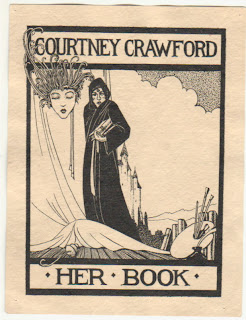 The Courtney Crawford plate is a mystery. .Please let me know if you have any information about it.
When I first looked at the Charles Currier Beale plate I thought he might have been a pen collector.
As it turns out he was an author who wrote about stenography. 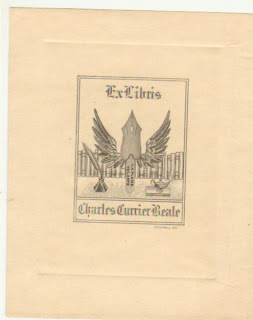 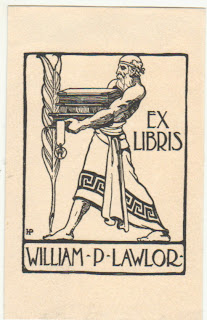 I thought this plate for William P Lawlor might possibly have been done by Howard Pyle so I contacted Paul Preston Davis  and this was his slightly edited response: 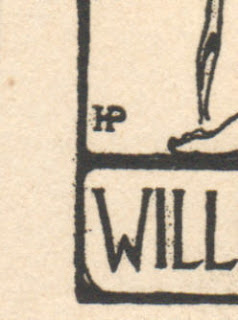 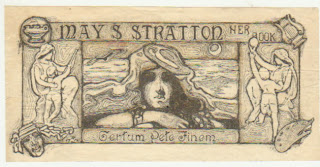 I have been sorting through a very large collection for several weeks and have come up with many "mystery bookplates" This one was done by MRM or RMM.. Does anyone out there recognize the artist or the owner? 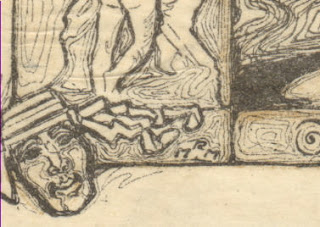 Here are several more  which need further research.Gertrude L.Brown's plate was done by J.K.
I also have a duplicate of the Brown plate for possible exchange.Click on the images to enlarge.
The Arthur Herman Ziegler plate shown below was done by George H Gihon. The owner was a book collector and a member of The Brothers of The Book..I have a duplicate for exchange. 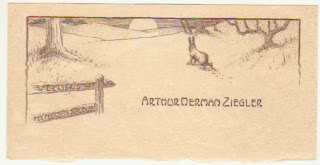 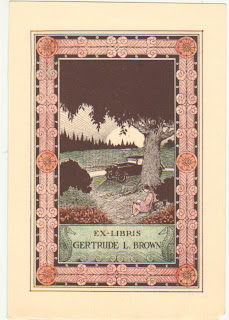 That's all for now. See you again on Sunday.
Posted by Lew Jaffe at 10:30 AM No comments: 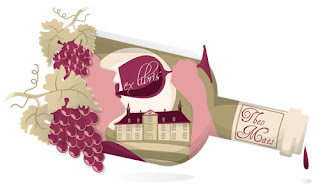 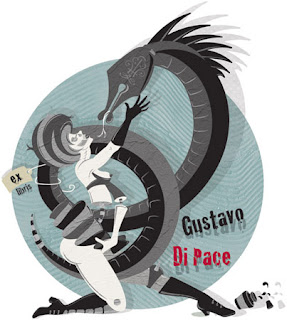 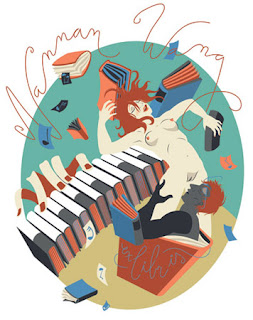 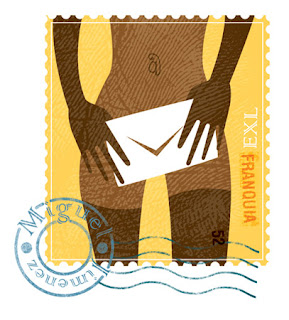 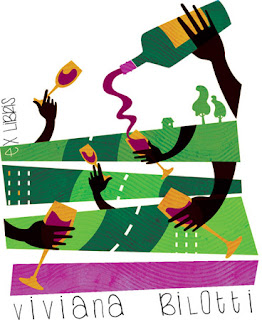 Born in Buenos Aires ( Argentina) in 1972, studied at the Manuel Belgrano and Prilidiano Pueyrredón National Academies of arts, obtaining a degree in drawing and engraving in 1994. Also did a post-graduate Master’s at the Ernesto de la Cárcova Higher School of Fine arts (1996). Since 1998 work as a freelance illustrator. 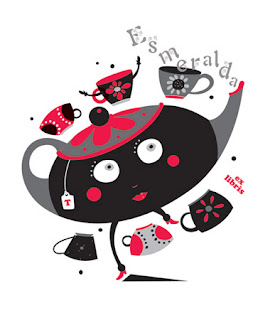 Odds and Ends-  I  want to thank Muriel Friega for sending this information.Submissions to the blog are always welcome.  I will be out of town until June 13th so the next posting will probably be sent out on Tuesday June 14th.
For those of you who are interested in the bookplates of Hollywood celebrities follow this link:
http://paradiseleased.wordpress.com/2011/06/03/bookplates-from-old-hollywood/
Posted by Lew Jaffe at 11:53 AM No comments: