The Fuzzy Line between American and English Bookplates 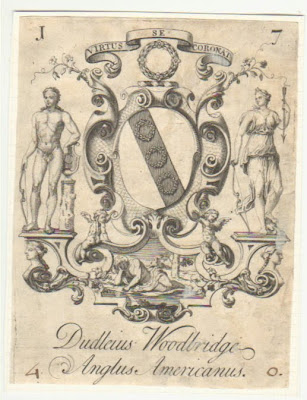 Sometimes the lines between what is an English and what is an American bookplate are fuzzy.
Here are four such examples :

Members of The Woodridge family were in America starting in the 17 th century.
On Dudley Woodbridge's bookplate the words Anglus Americanus are very accurate. He spent much time in Barbados. For more specific information about the family please refer to volume XIV page 123 in The Exlibris Journal. 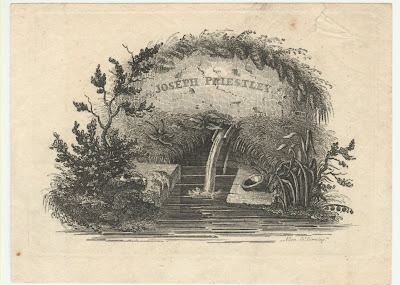 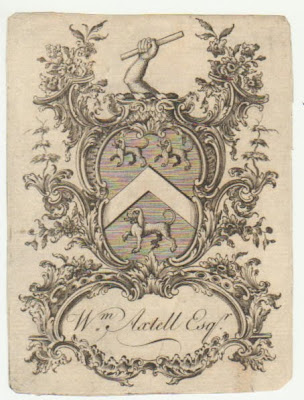 William Axtell lived in New York . He was a loyalist who left America after the revolution and returned to England. Ref: Loyalists In America, Vol l Page 198 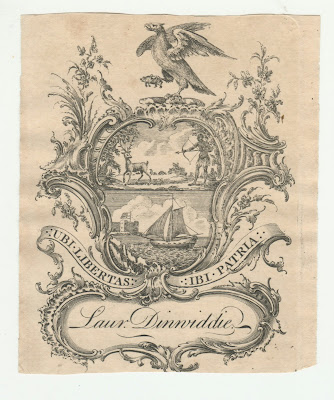 Lawr.Dinwiddie- Both the design and Motto are the same as the Robert Dinwiddie Plate (Allen 224).The only change being the name of the owner. Ref.Year book 1959-60 page 28
I figure he was Robert's brother or the brother's son.
. LAWRENCE DINWIDDIE of Germiston Born 1697. Died 1746. Virginia merchant. In 1774 his old firm, then Dinwiddie, Crawford & Co. stood fourth in the list of tobacco importers. An original partner in the Glasgow Arms Bank, in the "New Glasgow Tanwork and Shoe and Saddle Factory," and, like his brother the Governor, in the "Pott Work" at Delftfield, near the Broomielaw. Had his town house in the second flat of that great tenement on the north side of the Trengate, just east of Hutcheson's Hospital. Bought back Germiston, from which, years before, his elder brother Matthew, being insolvent, had vary naturally been evicted. Provost in 1742, 1743. One of "the Six Commissioners" to the Rebels in the '45. Son of Robert Dinwiddie of Germiston, and brother of Governor Robert Dinwiddie (No.11). Had two wives, Janet Coulter, sister of Provost John Coulter, and Elizabeth Kennedy of Auchtyfardle, who between them bore him twenty-one children. One of the twenty-one, Lawrence Dinwiddie, Junior, married Mary Nisbet, who lived till 28th June, 1849. In 1843, just 100 years after her father-in-law's Provostship, Mary Dinwiddie gave to Free St. Enoch's the communion plate still in use, Germiston, which is a 2 merk land of the "Tenandrie" of Provan, is now owned by Provost Dinwiddie's indirect representatives, the Lockharts of Milton Lockhart.
----------------------------------------------------------------------------------------------
When I started collecting bookplates I had no particular focus. Whatever came my way and looked appealing went into an album. After a while I got interested in 18TH century American bookplates . The good news is that there are very few active collectors in this niche.The bad news is that these bookplates are hard to find. On the other hand , even with a modest budget persistence pays off.
Here are some time tested things that will work for you if you are patient.
Booksellers
Start with the antiquarian and used booksellers in your area. Introduce yourself and explain what you are looking for. Do not be discouraged no matter what the response. I have had booksellers ask me what a bookplate was. The point is that it is up to you to plant a seed so dealers will set things aside for your consideration. Ask the dealer if he has a box of ephemera. Sometimes the question pays off handsomely.
Another question to ask is whether the dealer has a box of detached boards. Sometimes they have still have bookplates attached to them.
Bookbinders
Look for hand bookbinder's in your area. They often save old bookplates and may very well sell some to an enthusiastic collector.
Book and Paper Shows.
Again persistence pays off. Stop at every booth and ask about bookplates.
For those of you near Glendale California here is a link to an upcoming paper show;
http://www.vintagepaperfair.com/glendale.html
Collector Profiles:
Send me a paragraph or two about your collection and I will try to include it in a future blog posting. Bookplatemaven@hotmail.com
------------------------------------------------------------------------------------------------
I received this inquiry from a Edith Eggenkamp, a bookseller label collector in the Netherlands:

As a dutch collector of booktradelabels I am (always) looking for other collectors to start and keep and exchange-correspondence.

Labels: The Woodridge Family in America

This 18th century Chippendale item has puzzled me for many years.I have my doubts about it being a bookplate and am more inclined to think it is a textile label. Any input from you would be appreciated.
Here is a link to an excellent site by Adrian Wilson about fabric labels and the joy of collecting:
http://www.textiletrademarks.com/?p=471 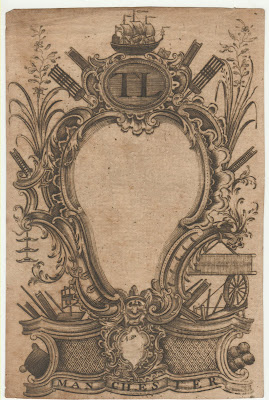 A response to my inquiry from Adrian Wilson

Dear Lew,I think you are right about it not being a book label.The key thing is the space where it has the "No." icon. That would be a space where a fabric pattern number would be, but mostly there would be another space where the fabric length would go.The label certainly has a wealth of cotton references but the references are all of cotton and thread, rather than fabric. There is a small cotton bale or thread packet, plus all the things for spinning cotton into yarn. There is a stylised shuttle but no other reference to weaving.So my guess would be an early yarn merchant label. The number space was probably to reference the colour or type of yarn. A big trade early on in the textile manufacturing sector was the merchant who would buy and sell yarn to spinners and weavers who worked alone in their homes. Maybe this was the label for one of those merchants.

The bookplates designed by William Edgar Fisher (1872-1956) were not cookie cutter copies of one another.His style changed with the times. .This Gothic inspired design is one of my favorites. The proof was obtained from his son in the 1970's along with other proofs which I am selling for a fellow collector.The outside dimensions of most of the proofs are 8 1/2 inches wide by 11 inches high and in general they are in the $25.00 to $45.00 price range .I will be listing them on Ebay. Send me an Email if you would like to be notified. Bookplatemaven@hotmail.com 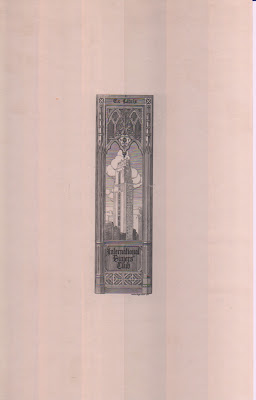 Dr. M.C. Ennema lived in the Netherlands and his bookplate was designed by Anton Pieck 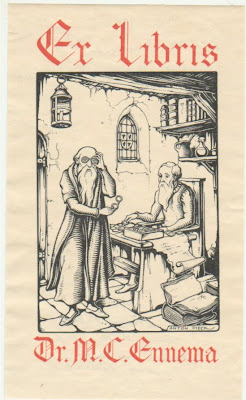 Dr. Snyder was a professor of Histology And Embryology at Hahnemann Medical College 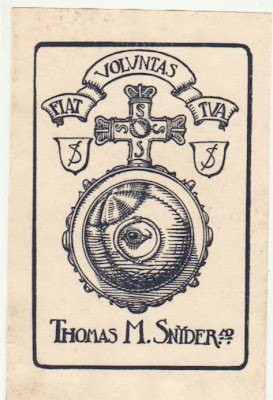 Dr. Sidney A. Fox, a retired ophthalmologist and a benefactor of the Brown University Medical School, died Saturday of a heart ailment at his home in Manhattan.
He was 85.
He was born in Russia and grew up in Providence, R.I. He graduated from Brown and the St. Louis University Medical School. He practiced medicine in New York for 35 years before retiring 10 years ago. The Sidney A. Fox and Dorothea Doctors Fox Professorship of Ophthalmology and Visual Sciences was established at Brown in 1982. 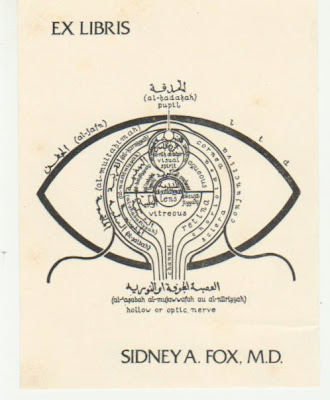 I do not have very many dental bookplates.This one was designed by Bela Petry.If you have any you would like included in this posting please send a scan to Bookplatemaven@hotmail.com 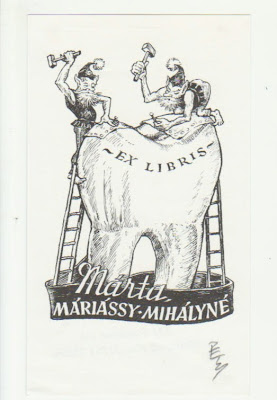 Not much more to write about so please visit again next Sunday.

The Ruth and Andy Mystery
I got this on Ebay from a dealer who called it a bookplate . Before it arrived I thought it was a coaster but the paper is too thin so I am open to the possibility that it might be a bookplate. There are some stains on the reverse side that might have been from glue .The dimensions are 5 inches wide and 4 1/2 inches high. The designer Geovil Nereim completed it in 1943. Both the designer and the owners lived in Illinois and Andy probably was a lawyer who attended The John Marshall Law School.
If you want to enlarge the image click on it. If you have the time and inclination to do further research send it to me Bookplatemaven@hotmail.com and your reward will be some bookplates of my choice. 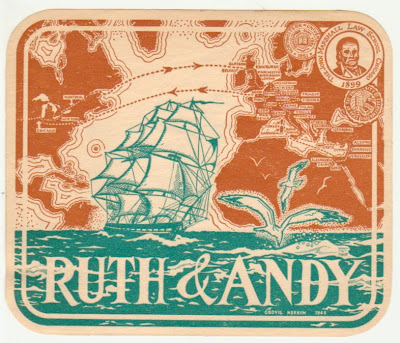 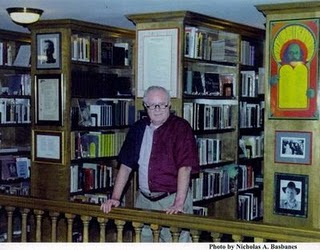 Rolland L Comstock was a successful attorney in Missouri who was an fanatic book collector.He built a two story library addition to his house to display his 50,000 books. This is not some Cliff Janeway murder mystery. In 2007 he was assassinated in his home-Multiple gunshot wounds and no forced entry. The case is still open and unsolved.
This was the bookplate he used. 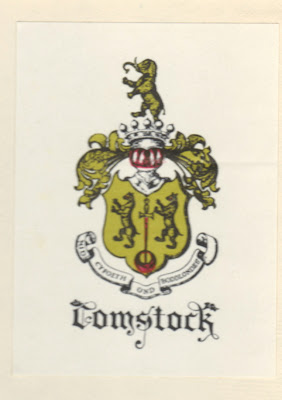 Here is a link with some updates about the Comstock murder :
http://www.youngprops.com/class1960/comstup.htm

Here is an excellent link from Wheaton College with digitized images of the bookplates by Allen Lewis (1873-1957). He is one of my favorite bookplate designers.
http://www.wheaton.edu/learnres/ARCSC/collects/sc60/exhibit/bookplates.shtml
On January 19th there will be an auction in Israel which includes a major collection of Judaica bookplates ( lots 209 through 213). Here is a link.
http://www.kedem-auctions.com/images/catalog-13/09.pdf
Fellow collector Jim Lewis just advised me that the bookplate collection at The Los Angeles Central Library has been digitized.Here is a link:
http://digital.lapl.org/Browse.aspx?s=6
That's about it for this week.
See you next Sunday. 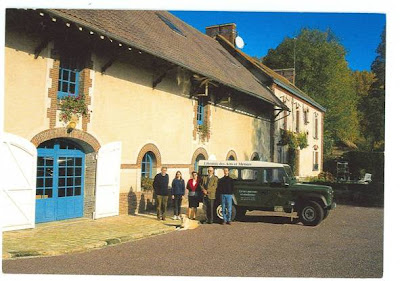 Here is a photo of my home and office 70 km south-west from Paris with the people who worked with me till 2003 when I retired.
Now, I work as an expert for auction sales in in Paris.

How I Got Started Collecting Bookplates

It pleases me to share this letter with you. It has nothing to do with bookplates but reflects a time gone by when we were inspired by our leaders .Click on the image to enlarge. 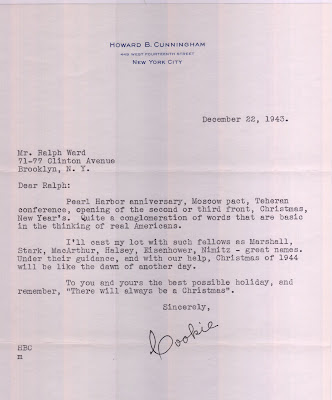 It's a quiet day here in Philadelphia. No street traffic noise and a good time to think about the coming year. I find it hard to believe but this is the beginning of my fifth year as a blogger. My little weekend activity is for lack of a better word therapeutic. It also has enabled me to meet many new collectors. Here's wishing you all a very happy and healthy new year.

I have put together a group of new years cards for your enjoyment. 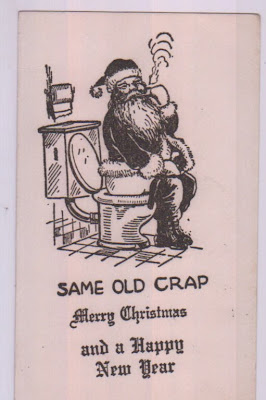 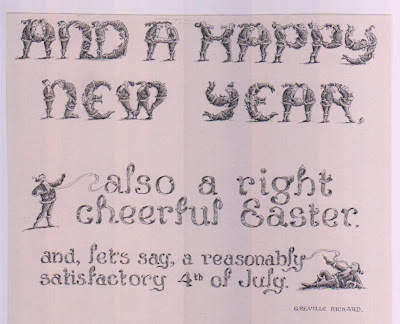 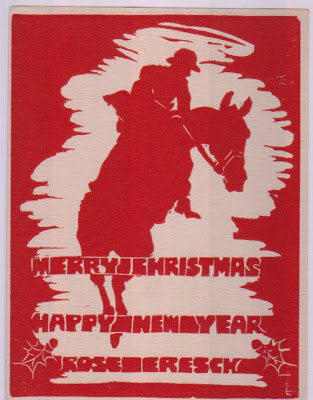 Frederick Starr (1858-1933) the American anthropologist had one of his bookplates engraved by J.W. Spenceley. For many years he sent new years cards to the noted American ephemera collector Bella Landauer 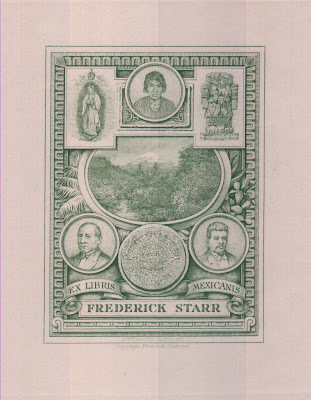 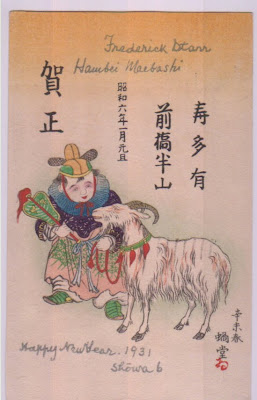 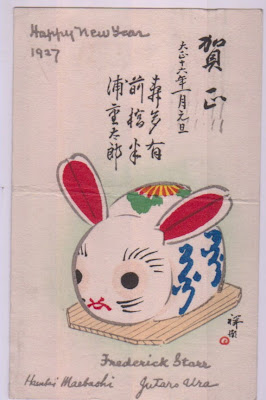 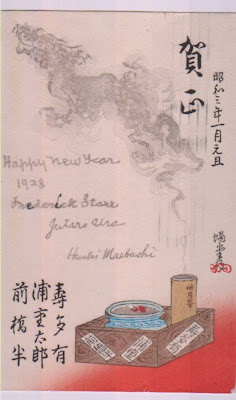 Here are a few links that may interest you. Dr. Wolfgang Rieger is a bookplate dealer in Germany who offers a number of bookplates each month. Here is his latest listing.
He is an excellent resource .
www.antiquariat-rieger.de/neueexlibris.htm
Like most of you I do not have the time to read all the book and ephemera blogs on a regular basis. The Americana Exchange is one that I do read religiously each month. The articles are well written and very informative.
http://www.americanaexchange.com/AE/general/default.aspx
Next week I plan to publish a collector profile from France. See you then.