I spotted this in the  bookplate listings by the Ebay seller Owl10  and thought it was very clever. 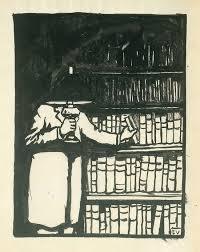 Pictures are worth a thousand words
Click on Image To Enlarge 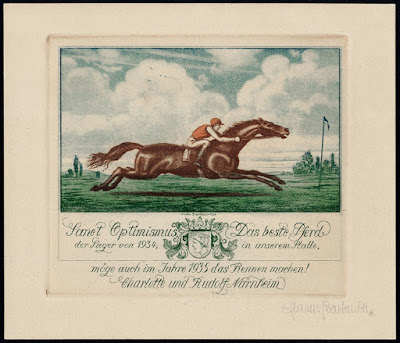 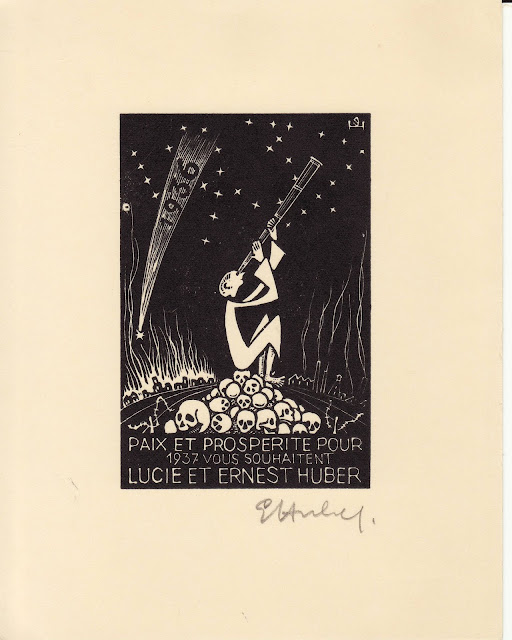 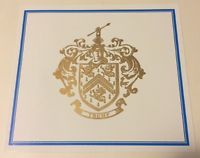 Waiting for appropriate caption
By the way, if you can think of an appropriate caption for the Trump and Hitler bookplates or the two new years greetings please send them to me and I will publish one or more responses next  week
Bookplatemaven @hotmail.com 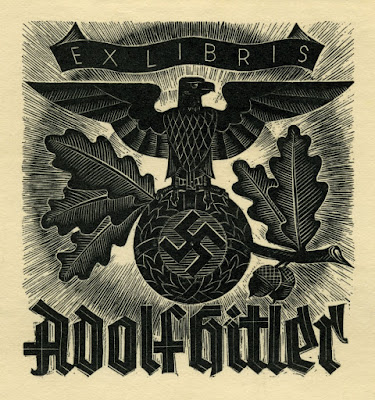 A serious combat injury in 1916 meant that Willy Knabe (Eisleben 7/7/1896 – Magdeburg 20/3/1967) had a leg amputated. He spent the next four years at art school, then worked as a painter and graphic artist in Berlin. He contributed many engravings to Nazi era publications and designed Hitler’s exlibris in 1934. In post-war Magdeburg he was an art teacher and his output was principally of wood-engravings. See Walter von Zur Westen, Zu Knabe’s Exlibris Adolf Hitler, Exlibris/Buchkunst und angewandte Graphik, 1934, p. 32; Willy Knabe, Blätter für Buchkunst Exlibris und Gebrauchsgraphik, n.5 – 1965, list of exlibris, pp. 130-32; Deutsche Exlibris Geselleschaft Jahrbuch 2011. Readers will find numerous online references to the fate of Hitler’s books bearing his bookplate.

Hi Lew, Whether one is a fan of Mr. Trump,or is repulsed by him, the  juxtaposition of Trump and Hitler is absurd.

Phillip
Dear Phillip,
If one focuses on what Hitler did to the Jews and others  you are correct.
On the other hand, Hitler was a charismatic leader who came into power at a time of monumental social and financial instability offering false hope to a gullible group of people.
In that regard the juxtaposition  makes good sense to me.
Regards,
Lew

And look up “heraldry of trump” at Google images to find the amended version.

Caption 2:
A double or triple chevron is the mark of a non-commissioned officer.
Let him stay that way. 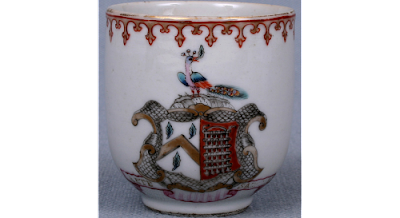 Here is another resource  about bookplates and porcelain
The Bookplate Journal.
An issue in which  20 pages and the back cover are devoted to an article by Paul Latcham entitled “Bookplates and Armorial Porcelain” [New Series, September 2008, Vol 6 No 2], available to non-members of The Bookplate Society at £14 plus postage from the editor, Peter Youatt [email: editor@bookplatesociety.org ]. This article includes a full list of the bookplates believed to have been used as patterns for armorial services