In general, bookplates used for book signings are not of interest to me.
In my collection I have made ta few exceptions.. 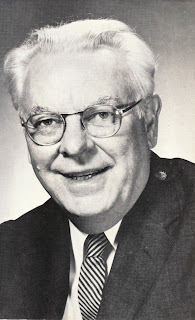 Who knows what evil lurks in the hearts of men?

That's right -The Shadow knows. The Shadow is a fictional character created by Walter B. Gibson, one of the most famous of the pulp heroes of the 1930s and 1940s. Born Kent Allard he assumed various identities for his crime fighting work, most notably that of Lamont Cranston.

Mr.Gibson was also very involved with magic and his book signing exlibris 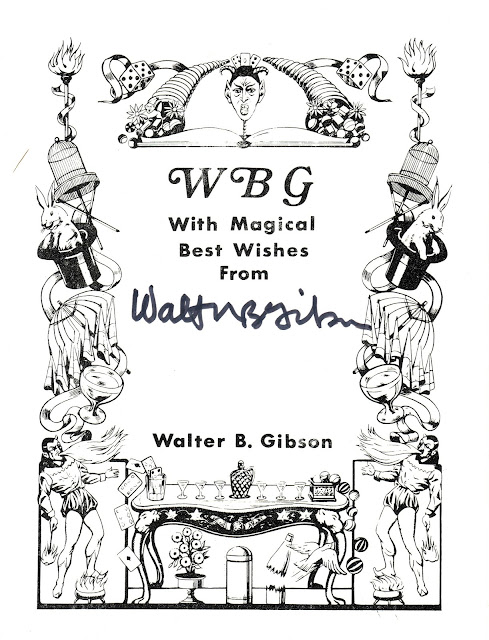 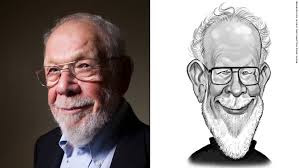 The blog has a mind of its own .It was not my intention to stop here..
Click on the words READ MORE below and to the left
Read more »
Posted by Lew Jaffe at 1:48 PM No comments:

Below, a Badger is hiding among a herd of zebra. Can you spot it? 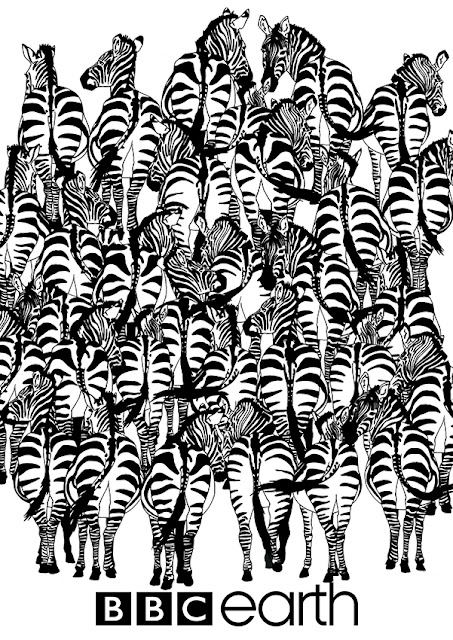 This was sent  by the B.B.C.and it took me about a week to solve .

Have fun with it.
I have two bookplates with Zebras in my collection. 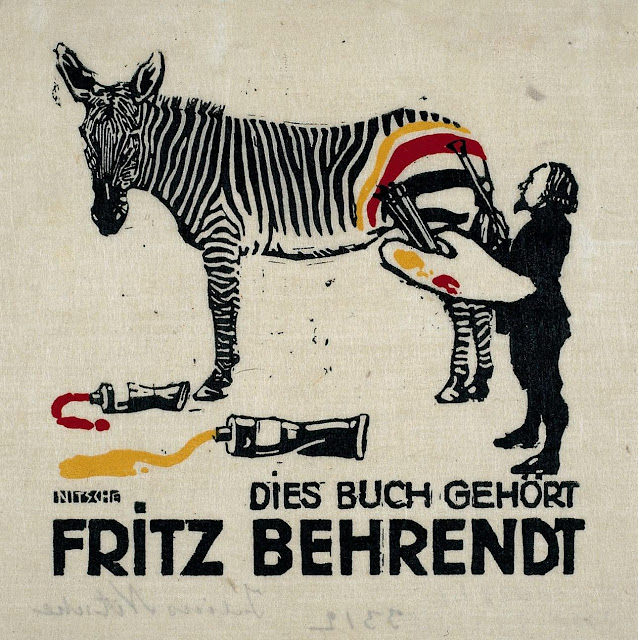 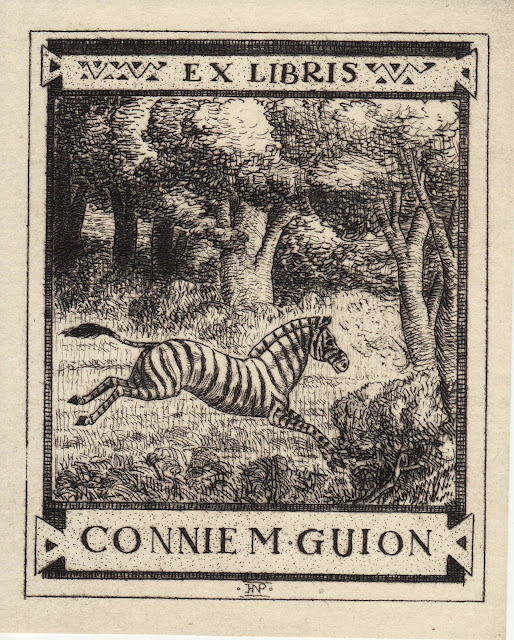 Dr. Guion Was a remarkable woman who rose to the top of her chosen profession at a time when women were treated like second class citizens in the field of medicine .

"THE big estate on the Catawba also furnished a definitely directed motive to the small Connie. From this plantation her grandfather and five of his eleven brothers had gone off to medical school in Lexington, Kentucky. They subsequently practiced medicine formally while their mother practiced it informally, but almost as extensively, when she covered the plantation on horseback ministering to sick slaves. Family stories of these earlier generations planted in the child the notion of becoming a doctor. And there was an added embellishment: a visual picture of Dr. C. Guion calling on her patients in a carriage drawn by a pair of zebras, harnessed tandem fashion. (This stemmed from a banner day in her eighth year when an animal-loving little girl headed a circus parade on an actual zebra.) "
(The paragraph shown above was extracted from this site  )

Henry Anderson Bryden was an English solicitor, athlete , sportsman and author.,
He was a keen hunter and naturalist and travelled widely. 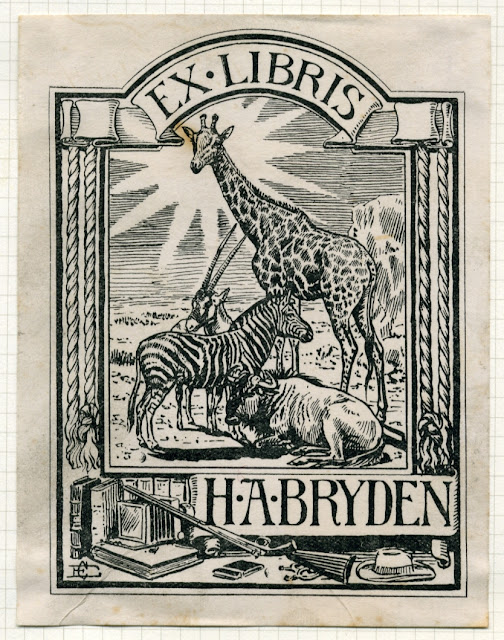 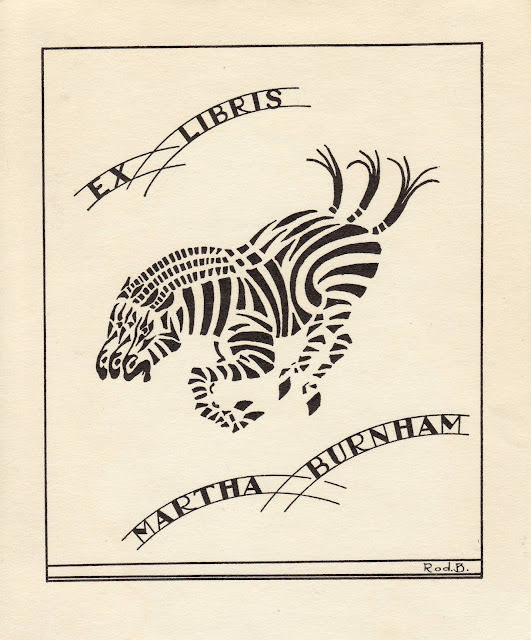 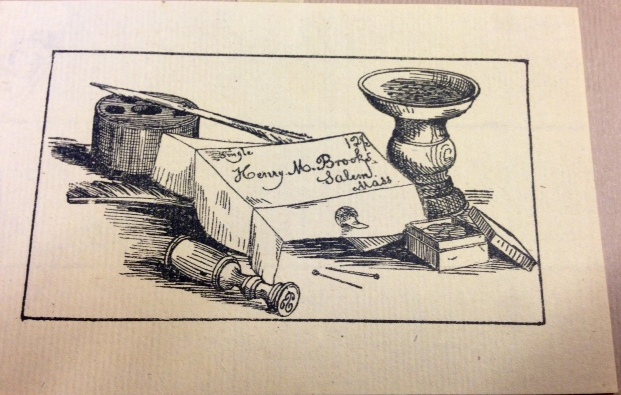 Tom Boss sent this image of a bookplate used by Henry M. Brooks.
and designed by Edward S. Morse.
Before staples and paper clips were invented old papers and documents were held together with pins.Mr. Brooks had a world class collection with specimens going back to the 17th century. 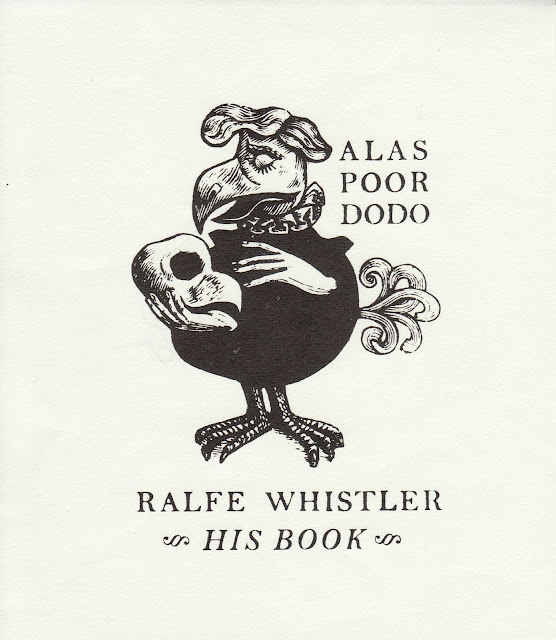 and was sent by fellow collector Anthony Pincott

If you have any bookplates in your collection depicting a Zebra or a bookplate owner's unusual hobby please send a jpeg image and it will be added to this posting.
Bookplatemaven@hotmail.com

On Monday we celebrate our independence .I was trying to find some July 4th bookplates with little success .These late 19th and early 20th century postcards seemed appropriate for starters . 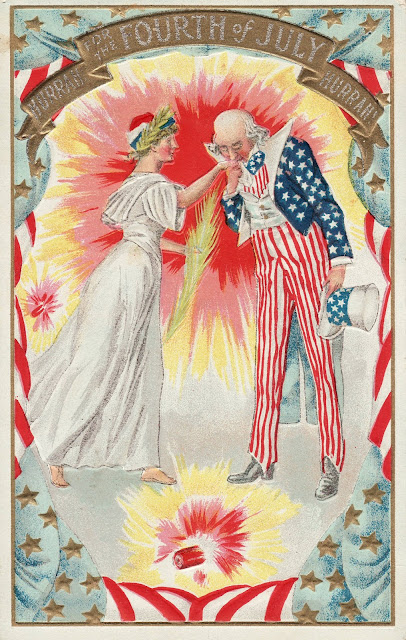 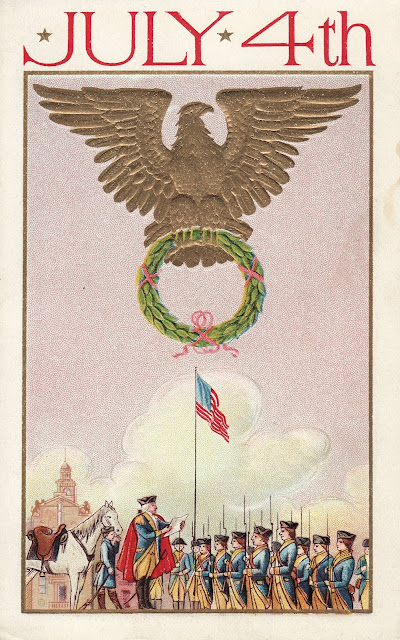 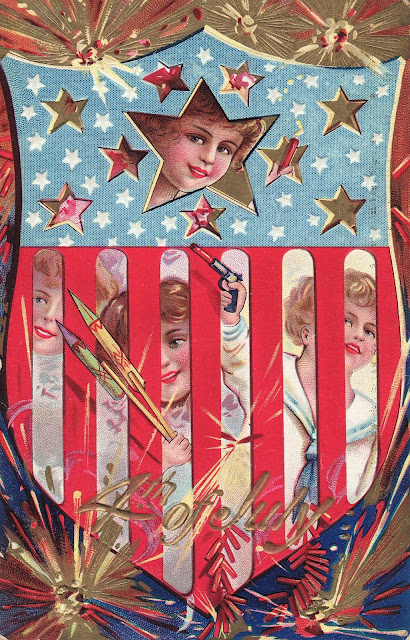 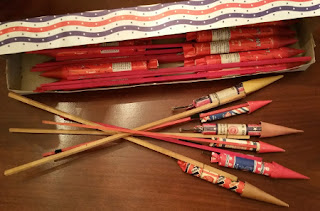 Fireworks are an integral part of July 4th celebratios so I am adding a link from The Lotus Fireworks Company which has a museum of fireworks
http://www.lotusfireworks.com/museum.html


The eleven signers of The Declaration of Independence
who used bookplates. 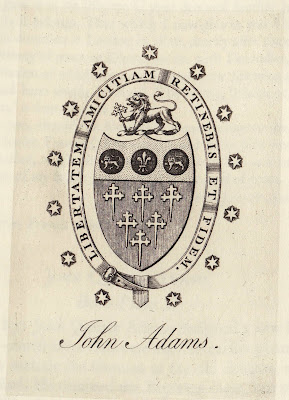 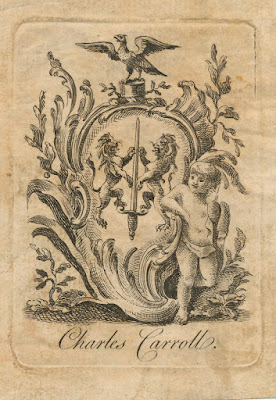 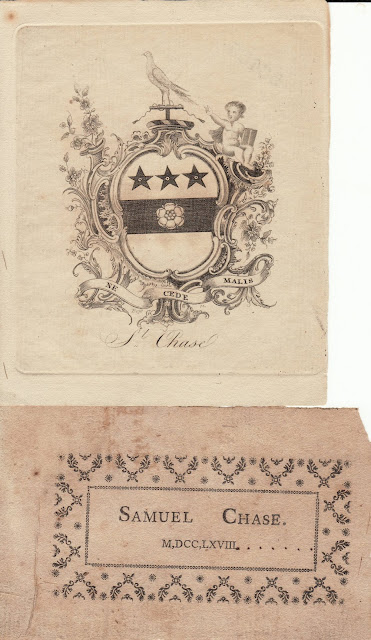 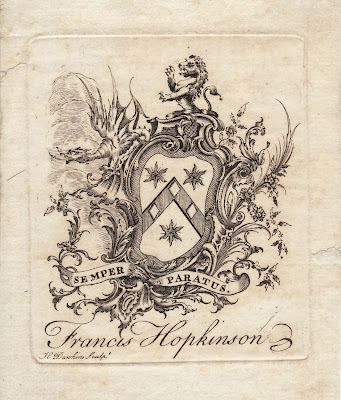 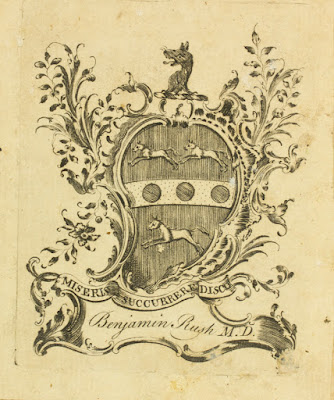 George Taylor
This plate was copied from an illustration in  The Loan Exhibition of Colonial Bookplates  organized by The Society of Colonial Dames State of New York in 1908. It is the date (1782) which puzzles me as Mr. Taylor died in 1781 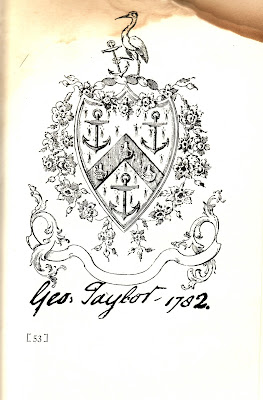 He and his  son (Oliver Wolcott Jr.) used the same plate which had a blank name tablet. 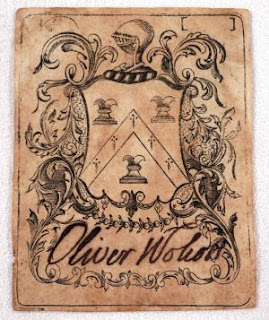 Signature enlarged directly from bookplate with an example of the signers signature below . 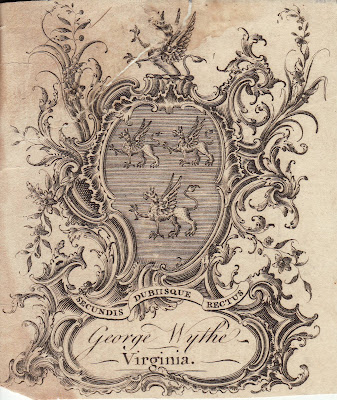 If you have any other images of bookplates used by signers  please send me a scan so it can be added to this posting.

Labels: bookplates of the signers of the Declaration of Independence
Newer Posts Older Posts Home
Subscribe to: Posts (Atom)