Another Letter From Audrey Arellanes 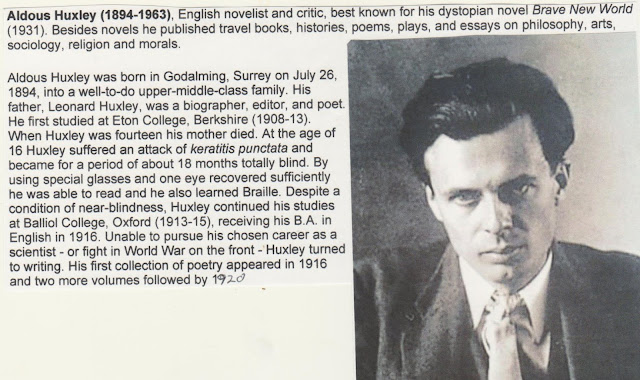 I have always wanted the Huxley bookplate  designed by Bruno Bramante.
An article about his bookplate appeared in the November 1947 edition of House and Garden Magazine. I already had a smaller Huxley bookplate which I suspect was posthumous.
The late Richard Schimmelpfeng sent me a signed  copy of the Bramante bookplate before he died.

In 1961 Aldous Huxley wrote to Audrey "I don't have a bookplate and wouldn't have time, if I did to strike it into all my books. "
Interesting, Was Mr Huxley on a trip when he wrote the letter or was the bookplate never  sent to Mr. Huxley ? Your thoughts would be appreciated.
Incidentally,Today, July 26th is Mr.Huxley's birthday.
Bookplatemaven@hotmail.com 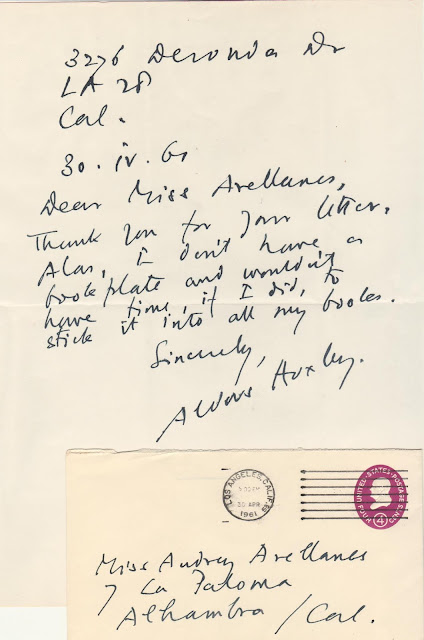 Audrey Arellanes  was a remarkable woman who singlehandedly ran the bookplate society for over thirty years.
When she died  her daughter Denetia wrote about her in this article.

Audrey corresponded with collectors, artists and many notable people on a regular basis.
She was reluctant to throw out anything. I remember one box which contained thirty years of movie ticket stubs
Here are a few of the letters Audrey received. 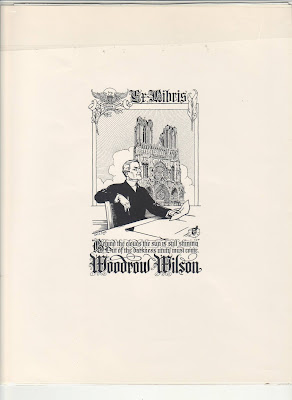 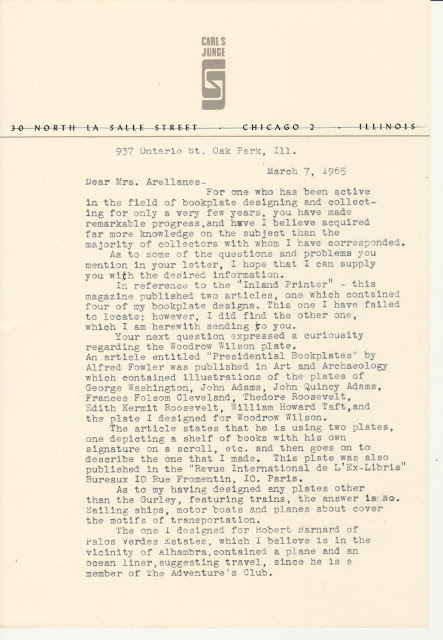 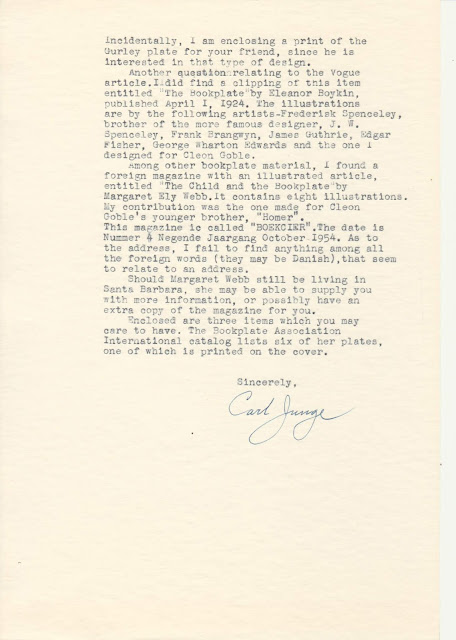 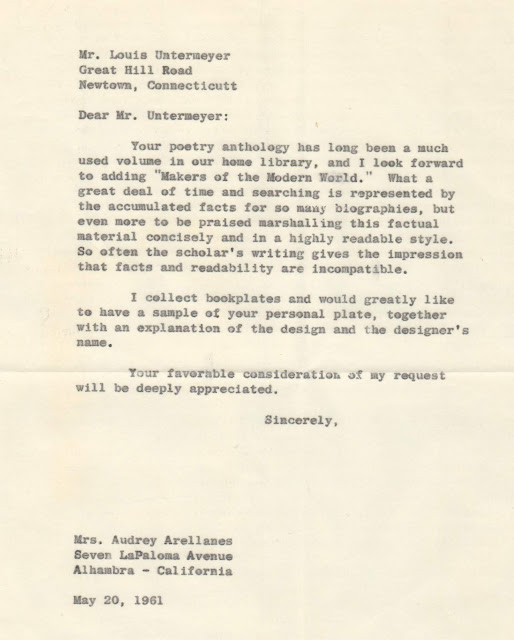 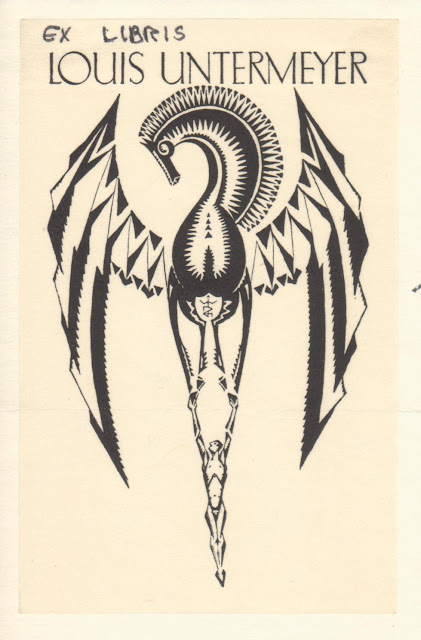 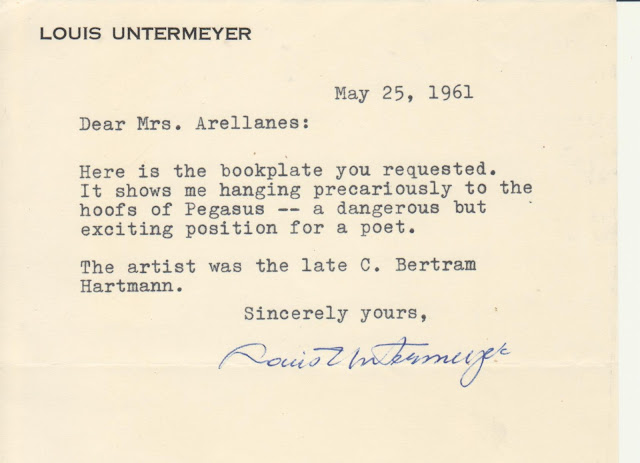 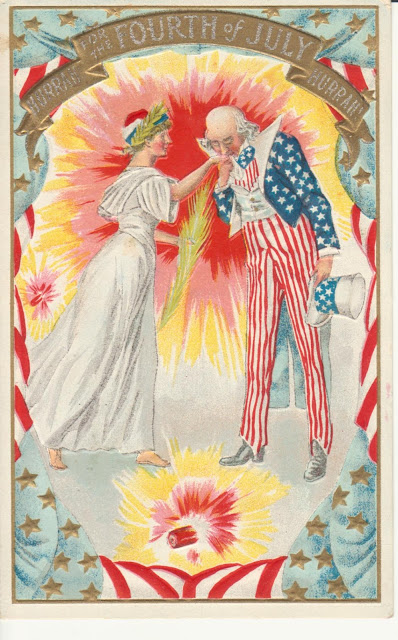 July 4th is a few days away. My hope is that civility and sanity in our government  returns.
On the other hand ,I do not think that will happen unless these guys launch another sneak attack.
So I have an alternate wish . Let's hope the Democrats beat the crap out of the Republicans in the
mid term elections. 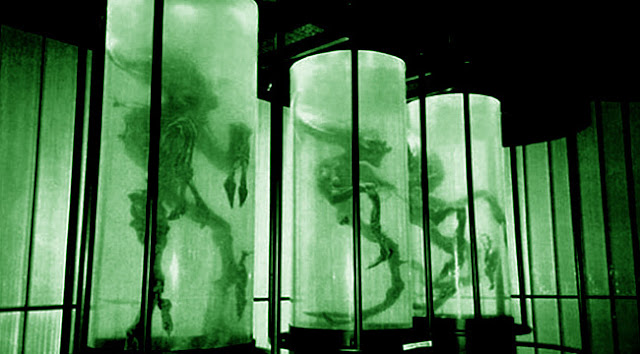