Odds And Ends/ How To Affix a Bookplate 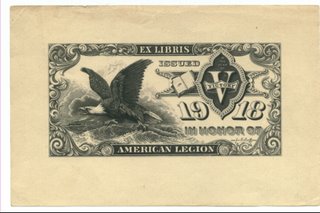 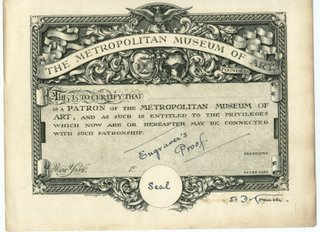 Yesterday I went out to buy a new flatbed scanner and visited two different Staples stores plus one Radio Shack.The Staples personnel were poorly trained and not very helpful.The Radio Shack salesman was very helpful but did not have much of a selection so I am back to square one.
Fortunately, I have a stash of saved images to tide me over until I make a purchase.

Most major libraries. plus many colleges , museums and historical societies have bookplate collections that were donated or else a librarian in the early nineteen hundreds was fond of bookplates and built a collection for the institution.

If you plan to be in New York City and wish to see a fine collection , the print department at The Metropolitan Museum Of Art has among their holdings , The W.E. Baillie collection .It is easily accessible and rich in 18th century American Exlibris

E.D. French was the best known American bookplate engraver in the late 19 th and early 20 th centuries. He did several bookplates for The Metropolitan and also engraved the membership certificate shown above. His skill is apparent and his fame is justified .

There are; however, a slew of talented engravers about whom little has been written. One such engraver is Joseph Hallworth. Here is what I have found out about him so far. In 1918 his studio was at 56 Bartlett St. in Malden Mass. More research needs to be done.
Andy English, http://www.andyenglish.com/ has recently updated his site and if you click on the bookplate tab you will see his method for affixing bookplates.
I generally prefer pre-gummed archival glue on my bookplates and usually moisten the top edge only .That enables me to cover the previous owner's bookplate(s) without eliminating them.It creates a paper trail of previous owners
Two New Bookplate Blogs from collectors in other countries:
Http://Huangwuchang.blogspot.com
Http://exlibrisbibliofila.blogspot.com
That's all for today.See you next week.
Posted by Lew Jaffe at 8:05 AM

Thanks again for identifying Edwin Davis French as the engraver of Kate Dickinson Sweetser's bookplate! Today I donated a hi-res photo of it to Wikipedia. I'm still curious how you found my blog entry last week so quick!

Hello. No special secret, I just happened to search at the right time and stumbled upon your blog.
Lew Jaffe