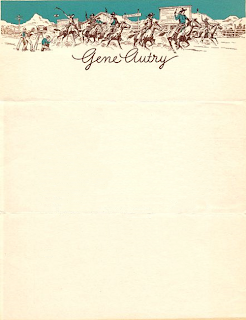 Michelle J. Enemark has begun a new blog focusing on letterheads,It is called Letterheady, Here is a link, 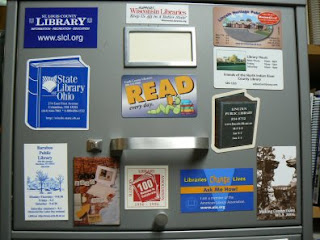 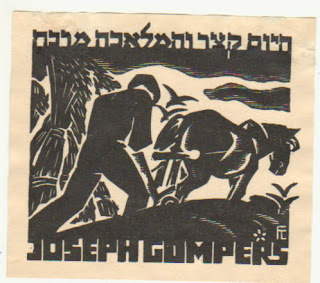 "The text of the book-plate of Joseph Gompers (1899 1945) is also borrowed from the Sayings of the Fathers. It reads: 'The day is short and there is much to do'(2:15). This book-plate, made by Fré Cohen (1903 -1943) shows the symbol of a farmer ploughing a field with his horse. Dark clouds suggest the approach of evening. Gompers himself found this an austere and starkly depicted carving, which expressed the quotation he had chosen quite well."
This information came from this link about 20th century bookplates in The Netherlands by Philip Van Praag
http://cf.uba.uva.nl/nl/publicaties/treasures/text/t49.html

I purchased the Joseph Gompers plate from Dr. Wolfgang Rieger.
Here is his latest catalogue
www.antiquariat-rieger.de/neueexlibris.htm

I went to the Lancaster book sale earlier in the week and found the following bookplates: 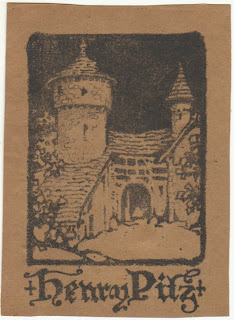 Henry Pitz was an American book illustrator.Follow the link for some biographical information about him.
http://pabook.libraries.psu.edu/palitmap/bios/Pitz__Henry_C.html 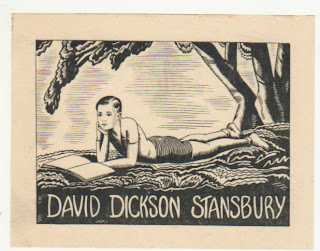 I know nothing about the owner  David Dickson Stansbury or the artist. 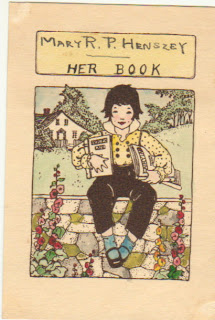 I believe the owner was a  kindergarden teacher 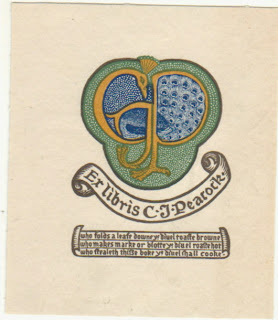 When I got home I discovered I already owned this plate so I put it on Ebay.
The design is exceptional .